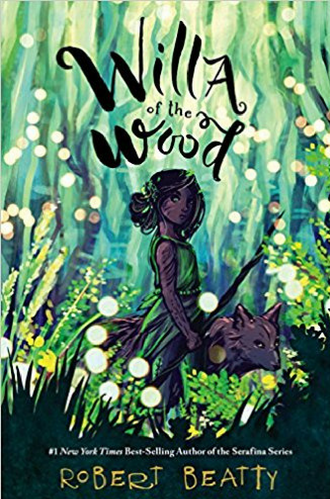 This month, we are highlighting one of our favorite up-and-coming children's authors, Robert Beatty. A Michigan State University graduate, Beatty began his career in the tech industry, ultimately becoming one of the early pioneers in cloud computing, but as his tech achievements grew, he never gave up on his love for writing.

By the time his first novel was published, Robert Beatty had written fourteen books and received over 500 rejections from publishers. With input from his daughters, he began to write a children's book about a young girl who lived hidden away in the basement of the Vanderbilt's home, the Biltmore Estate. A terrifying event causes her to team up with a young member of the Vanderbilt family and together they attempt to track down the source of mysterious occurrences at Biltmore. Serafina and the Black Cloak became a #1 New York Times Bestseller, and remained on the Bestseller list for 60 weeks -- a miraculous achievement for a debut children's author.

Beatty continued on to write two more Serafina stories, and this month, he has released the first book in a new series, set in the same magical, mysterious world of the Serafina books. Willa of the Wood features a new heroine -- a young night spirit from a Faeren clan in the Great Smoky Mountains. As settlers begin to destroy the land the clan calls home, a chance encounter with a Cherokee boy causes Willa to question her preconceptions of outsiders. Beatty's new heroine is courageous and strong, and teaches the value in standing up for one's convictions. Highly recommended for ages 9-13.