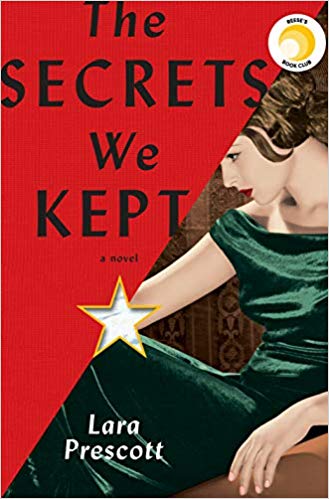 It is always refreshing to come across a new voice in literature who will almost certainly take the publishing world by storm. Lara Prescott, debut novelist of the title that everyone will want to be reading this fall, The Secrets We Kept, is about to do just that. Like Delia Owens before her, she has crafted an irresistible plot that draws readers in from the very first page -- but rather than the southern marshes of Where the Crawdads Sing, Prescott's story is set in Cold War-era Washington D.C., where some of the most legendary women of World War II have since been relegated to a job where the only necessary qualification is accurate typing -- and the men who had once been peers during the War are now their bosses. But appearances can be deceiving, and The Pool, as the legendary women in the Agency's typing pool were called, have a few secrets of their own.

Part feminist espionage story, part Soviet love story, Prescott's masterpiece -- which is based on actual events -- begins when two members of The Pool are tasked with a mission to smuggle the manuscript for Boris Pasternak's Doctor Zhivago out of the USSR -- where no one would attempt to publish it -- and share the story with the world. Prescott expertly unfolds the legendary love story that inspired Pasternak to write his classic novel and the story of two women experiencing newfound empowerment to live a life of intrigue.

If you read just one book this fall, spend a weekend reading this one.