It has been nine years since author, Julie Orringer, came bursting on to the scene with her historical novel, The Invisible Bridge. Thoroughly researched and loosely based on experiences of family members during the second World War, Orringer's skillfully crafted and profoundly moving story of a young Hungarian-Jewish student who relocates to Paris begins with a classic love story, but as war hurtles through Europe, the lives of Orringer's characters are forever affected by the terrors and uncertainty of German-occupied Paris. 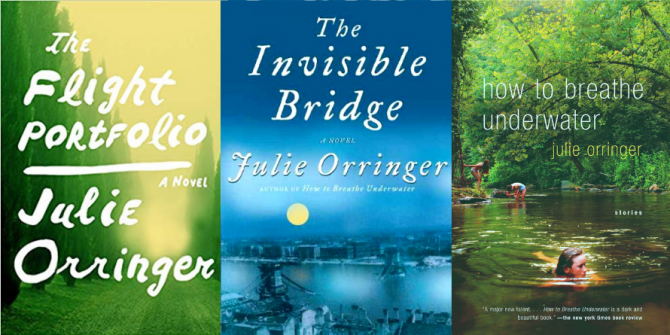 Though it has take Orringer several years to write her next novel, we can only assume by the level of detail contained within it that those years were spent heavily researching the true life story of her new main character, Varian Fry. The Flight Portfolio, takes us back to a very familiar France on the brink of World War II, and explores the true story of one man's quest to save the lives of Europe's most treasured artists.

A journalist and editor from New York, Varian Fry flew to Marseille in 1940 to head the Emergency Rescue Committee after feeling a need to help the war effort. The committee had a very clear mandate -- to find and protect artists and writers in danger of being deported to concentration camps, and to smuggle their work to safety. Throughout the war, Fry assisted in rescuing such names as Marc Chagall, Hannah Arendt, Marcel Duchamp and Victor Brauner. He saved nearly 2,000 others.

Orringer has crafted an exquisitely told tale of a man who has been called upon to make unthinkable choices as he decides which lives are worth saving among the greatest living artists in the world. Fans of her earlier work will not be disappointed.