With titles published in over 38 languages, Swedish author Fredrik Backman is known for his ability to craft character-rich stories that feature those who are often overlooked or outright dismissed by the people around them - the curmudgeon, the socially awkward, the eccentric, the flawed - and in the process, rather magically opens their world to his readers to tell them why.

Backman's first, and by far most famous book, A Man Called Ove was first published in the U.S. in 2014, and was largely passed by in bookstores and libraries during its first run. It took 18 months for the title to appear on the New York Times Bestseller list, and after the Swedish film was released in the U.S., people began to realize that Backman's Ove was a title not to be missed. 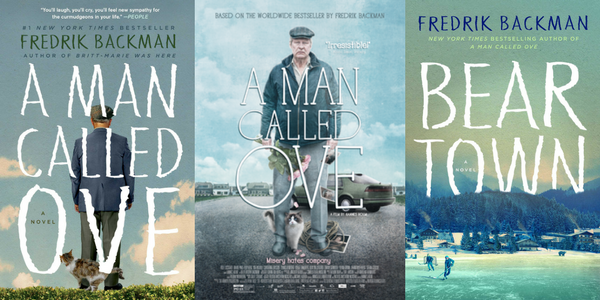 Beartown, Backman's fourth novel, will be released this month, and with it, you can expect more quirkiness, more character, more irresistible sentimentality. A self-professed curmudgeon, Backman's stories will have you second guessing those who have been overlooked in your own life - and if he has one lesson for us all, it is that everyone has a story worth telling.

My Grandmother Asked Me to Tell You She's Sorry

And Every Morning the Way Home Gets Longer and Longer (novella)