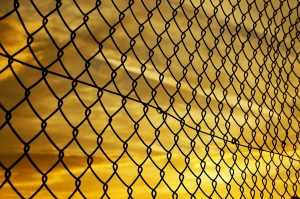 Yesterday, the American Library Association condemned the inhumane practice of separating refugee families interned in concentration camps along the southwest border of the United States.

The nation’s library community is appalled that innocent children would face such emotional trauma and would be locked in mass facilities and separated from their families. There is no legitimate policy or moral basis for this unconscionable action. The library community stands for diversity and inclusion, and for the legal rights of refugees entering on our borders. We serve immigrants in our communities across the US, and view libraries’ support to children as one of our most important values. We must support legislation and action that set aside this unacceptable practice.

You don't need to be a librarian or a legislator to stand against injustice. Here are 5 Simple Ways to Stand Up for Families Separated at the Border Right Now, courtesy of Teen Vogue.

While Trump signed an executive order to stop the separation of more migrant families this afternoon, there is as yet no word on when or how the over 2,000 minors who have already been separately detained will be reunited with their families, a process for which there appears to be no standard protocol.