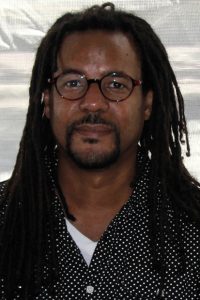 Manhattan-based author, Colson Whitehead, has won several awards this past year for his latest work, The Underground Railroad. In addition to winning the National Book Award for Fiction, Whitehead's masterpiece was also named the Amazon Book of the Year, the Time Magazine Book of the Year, and included in several "Best of 2016" lists.

Throughout his career, Whitehead has written about a variety of subjects, from zombies to poker, but his idea for a story about a daring escape from Southern soil has been brewing in his mind for several years. The Underground Railroad is part historical narrative, part adventure story, documenting a young woman's escape from slavery along a secret network of tunnels below ground -- operated by conductors and engineers on an endless, often harrowing track to freedom. Serving as a striking reminder of the horrors of human bondage, and resonating so clearly with more recent events in our country, The Underground Railroad is a book that exposes the unthinkable acts that were commonplace in pre-Civil War America and has become a driving force in continuing conversations about freedom and human rights across the nation.

Find a copy of The Underground Railroad by Whitehead by clicking through to our catalog below, or for a full list of his works available at ELPL,click here.