Congratulations to Axel Callen Creed, the Second Place winner of the Community Writing Center Fiction Contest in the Teen category!

Axel Callen Creed is a recent graduate from East Lansing High School, near 18 he’s been writing for most of his life, enjoying crafting worlds and stories out of mythology, existing media, and his own imagination. He uses his experiences to reflect his reality or the reality he wishes would happen. He is eager to share his writings with anyone who wants to see them and can’t wait until he can publish something officially. 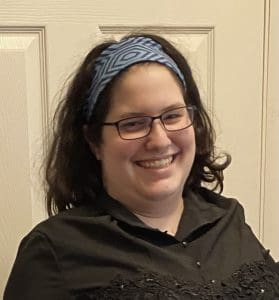 I thought sitting in the waiting room would ease my nerves but the divorce papers in my hands felt heavy. I wondered if it was worth it, if I had tried hard enough in counseling, if I had done enough at home. I could only thank God that we didn’t have children to complicate this. My name was called, the others in the lobby watching me go. Some with their own packets, some alone, some with partners. I wondered if all of them were like me, or if they had larger reasons to see a lawyer. I entered the office and sat down in the plush chair across from the woman. Her hair pulled into a tight bun, held there by a silver peacock feather clasp. Her finger had a wedding band, simple gold, no embellishments. Her eyes were the color of her hair, the color of the earth, of bark, of soil, by all accounts she was not beautiful. But she had a strange sort of grace and charm to her. I had a sudden flash of doubt, what was I doing? She took out her own copy of my packet, faxed to her yesterday and looked at me for a long moment.

“You want to get a divorce from your husband?” She was clarifying I knew. She had all the information in the packet.

“Why?” Not an accusation, unlike the last seven lawyers.

“He- we-“ I stammered for the right words before deciding I had nothing to lose “he cheated” her eyes darkened and she twisted the band on her finger. She must’ve been cheated on too.

“Ok. I’ll get the papers ready, and we’ll get this going. You’ve already served him, correct? And living separately?” I nodded

“I own the house. He’s at his mother’s,” she nodded again,

“And you have a prenup?” Again, I nodded

“Yes. My father advised me to get one, he didn’t like it, but I said I wouldn’t marry him if we didn’t have one” her lip curled, in a smile or sneer I couldn’t tell

“That makes it easy. Get some rest, I’ll handle everything,” she bid me goodbye, and I walked out feeling light as a bird.

Guess I know why Hera Marriage and Divorce Lawyer is best for this kind of thing.