Congratulations to Vivienne Halford, the Third Place winner of the Community Writing Center Fiction Contest in the Youth category! 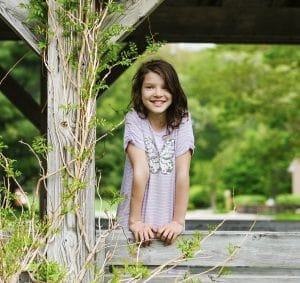 Enjoy her story below: 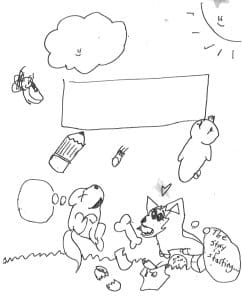 Maria lived in North America. She was an orphaned fox. She was alone. She was a fox pup alone in the winter.

One of her only pals was a bug named Jerry. Jerry helped a lot by finding warm dens and food for Maria.

Maria thought about going south with Jerry, but that would be a handful. Maria was just a pup and couldn’t walk that far and a bug carrying a fox? Now that is hard! 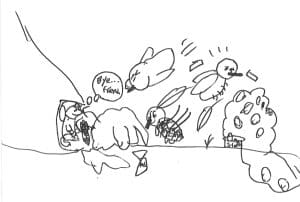 One time Maria got lost in the woods, and Jerry decided it was time to introduce her to Boxer, a dog, to help her find her way.

Boxer offered Maria food. She usually got ten pieces of food. Maria feasted on it! One piece was about as big as Maria! Ten pieces lasted for seventy days. 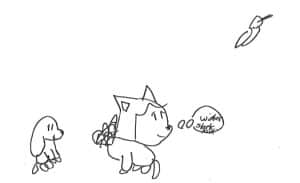 Dangers came! Owls wanted to eat Maria! She wanted to live with Boxer so she could be safe from the Owls. 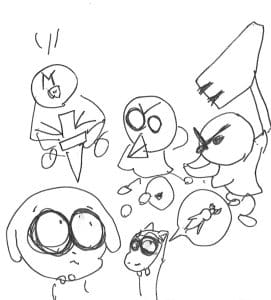 Maria explained her problems to Boxer and  asked if she could live with her. Boxer understood and accepted the housemate request.

Should they show the pup to Boxer’s owner? Yes they should!

“She looks like a good dog…” said the owner. 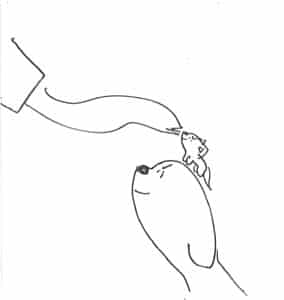 Maria felt happy in her new habitat. Her furry chest glowed with pride!

She was a beautiful baby. She learned all the tricks. Maria loved her momma very much.

Three years passed. The neighbors were concerned. Was Maria a fox? She ate the neighbors birds! She looked like a fox! 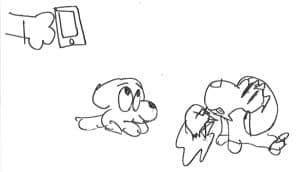 The neighbors were so concerned about a fox in the neighborhood, and all agreed to call the judge of dog rights.

“The dog machine is ready!” Said the judge.

A dog machine is used to clarify if an animal is a dog or not. If you put a cat in it, it would tell you that it was not a dog.

They tested Boxer, and Boxer was a dog (yay!)

They tested Maria, and the machine couldn’t tell if she was a dog or not.

Everyone agreed they should kick Maria out of the neighborhood and into the wild, but Maria’s owner loved her too much to let that happen. The dog machine gave no evidence that she wasn’t a dog. 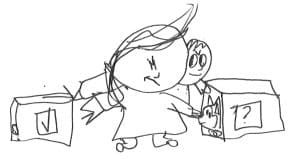 “Does her owner love her?”

“Is that so? You refuse to let her go?” Asked the judge.

“In that case, how good is she? Is she loving with babies?”

“Does she listen to her owners?” 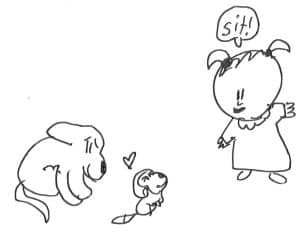 The judge made a decision, “We can all agree that she has been a great pet. She is a dog. And of course she has the DNA of a Canine.”

The family was always strong after this. 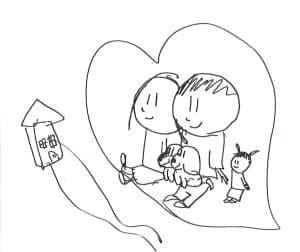 And every spring, summer, and fall, Jerry would come back to visit Maria.